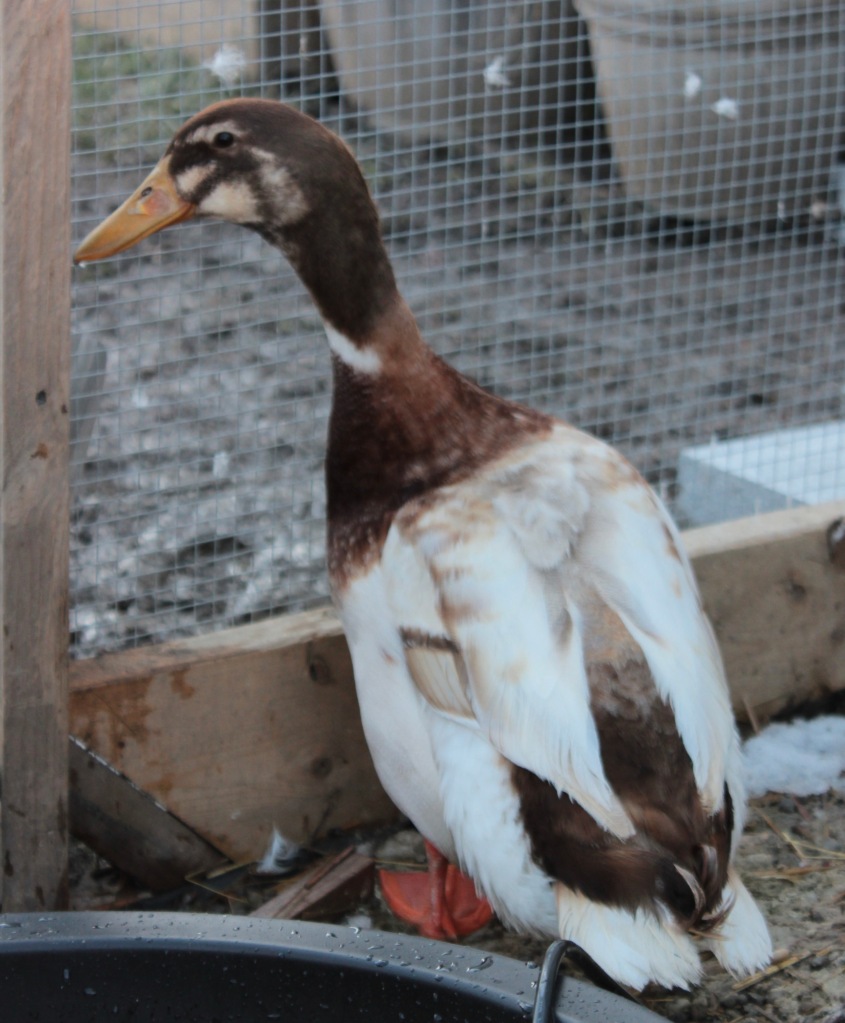 For my birthday this year, I asked if I could get Golden Cascade ducks, and Marcus said yes!

Handsome Henry arrived at our post office at 6 am yesterday. He is a Golden Cascade drake from the Holderread Waterfowl Farm and Preservation Center in Corvallis, OR. A Golden Cascade female (or possibly two – I just can’t decide!) will be arriving next week.

Henry was born in 2016 and is a Show Quality drake. Only the best genes for any future Mutual Weirdness ducklings! 😉 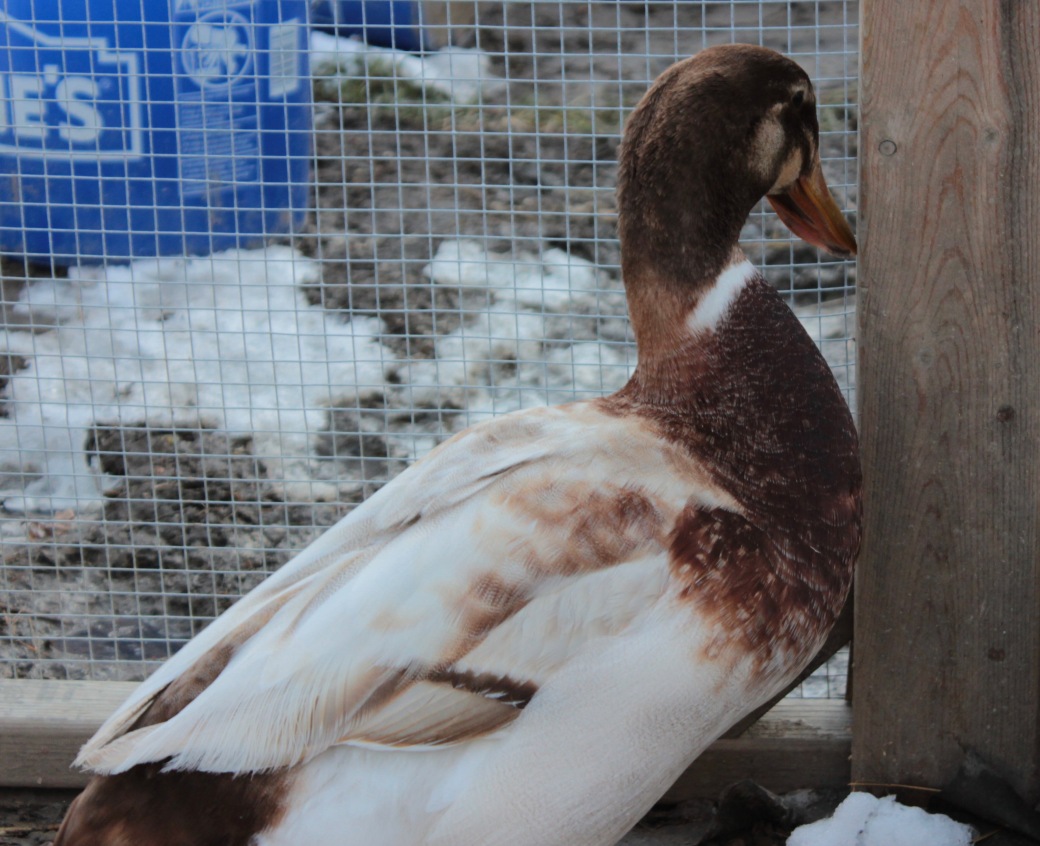 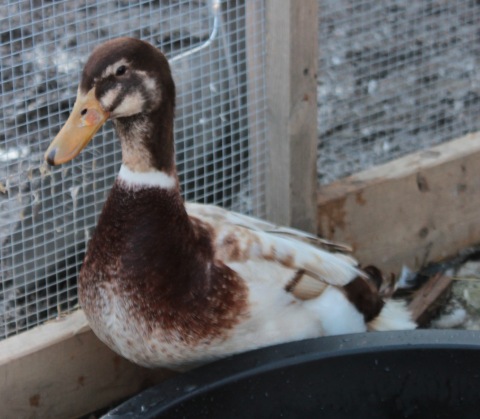 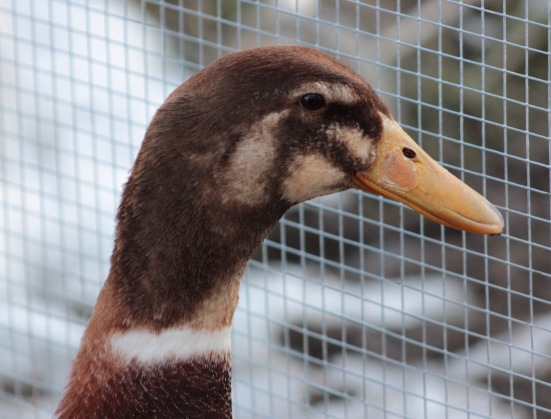 His head coloring is that of “Rich Bronze” as opposed to “Satin Green,” which are the two head coloring variations for Golden Cascade drakes. When I ordered Henry, I wasn’t aware that there were two head coloring varieties so I didn’t specify which I wanted. At first, I was a tiny bit disappointed that he wasn’t “Satin Green” because the green is so much flashier, but after studying him, I am so glad that he is of the “Rich Bronze” coloring because the “Satin Green” drakes look very similar to a lot of other rare breed drakes. If you google Silver Appleyard, Welsh Harlequin, mallard, or Rouen drakes, you will see what I mean. Obviously there is a big difference in what all these different drakes look like (and obviously they are all gorgeous), but they all have what I think of as the mallard-type coloring. And since there’s a good chance that I might get more Welsh Harlequins in the future (and maybe Silver Appleyards, Rouens,  Dutch Hookbills, Swedish, Australian Spottec – you get the picture) I’m glad that Henry is a different, more unusual coloring. He is just so handsome!!!

And of course I’m being entirely impartial and not at all biased just because he is my new baby. Obviously. 😉 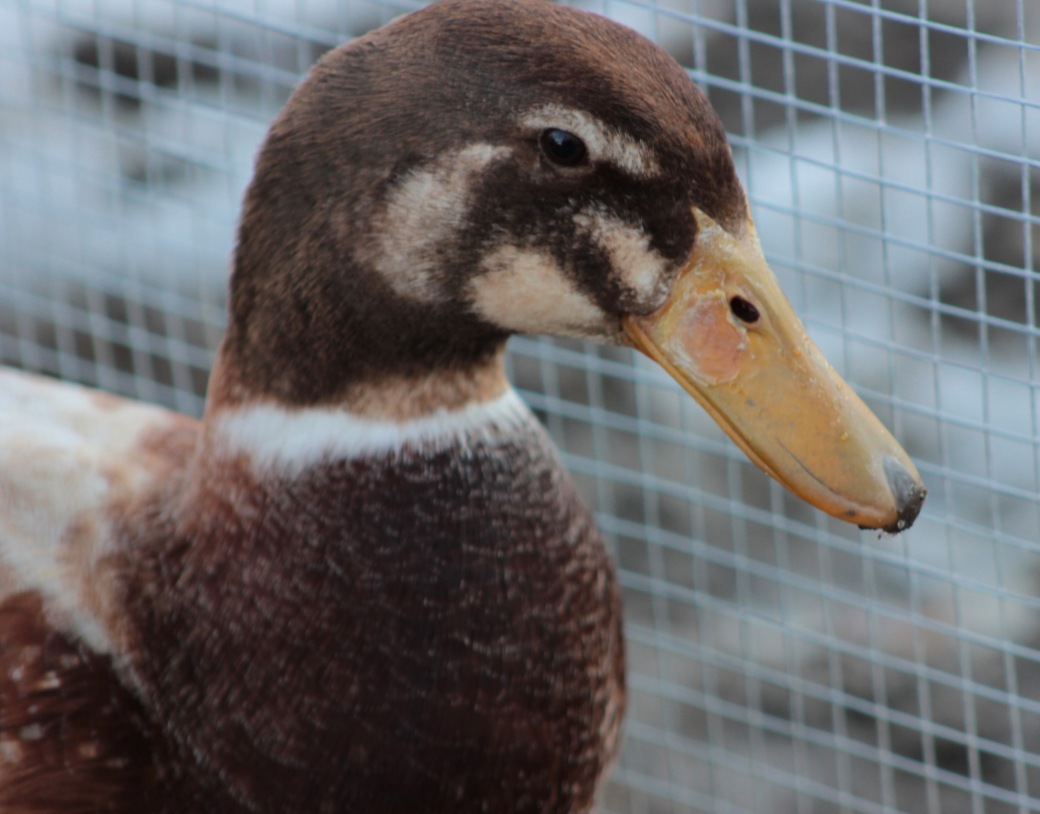 But seriously, just look at him! Beautiful! From his chocolate-colored  head to his bright orange webbed feet and his cute drake feathers too: 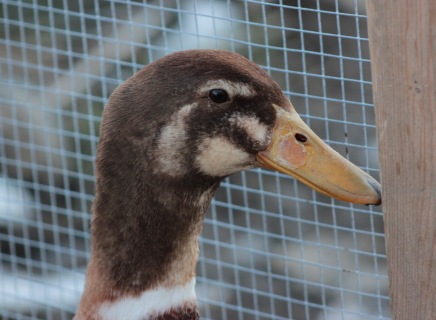 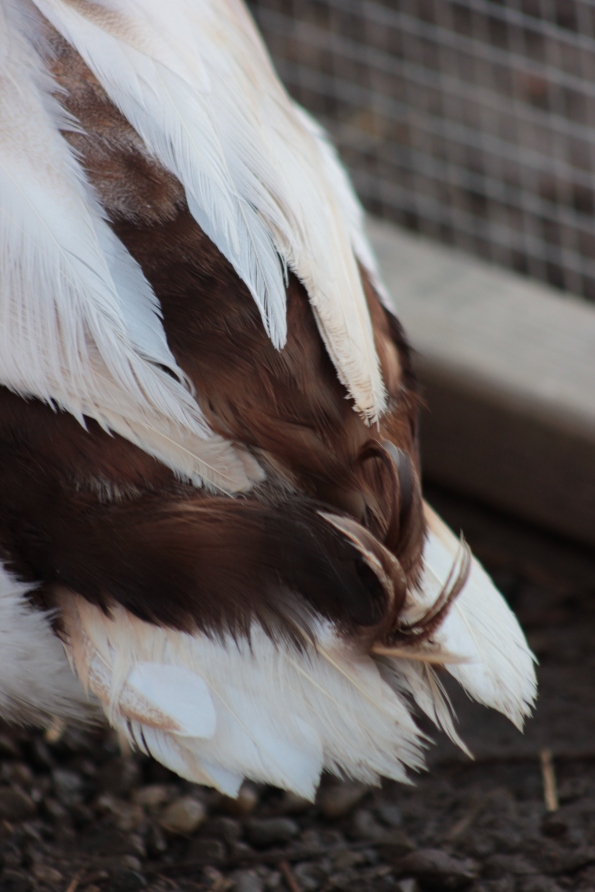 And just in case anyone is still here after all. these. identical. pictures, here is a video of Handsome Henry the Golden Cascade Drake, too!