Last Saturday, Marcus and I were invited to help with some sheep chores at our friends Bill and Sharon’s farm. Besides putting blankets/coats on some of the sheep to keep their wool clean and some hoof trimming, which Marcus has gotten pretty good at, Maxim the Border Leicester ram needed to be sheared and Sharon let us shear him!

Maxim is a nice ram who has a really sweet personality. Any time we’ve helped with him, he is so good and cooperative. (Unlike some Blue Face Leicester yearlings we worked with after Maxim. One of those wild ewes tried to drive a hoof through poor Marcus!) 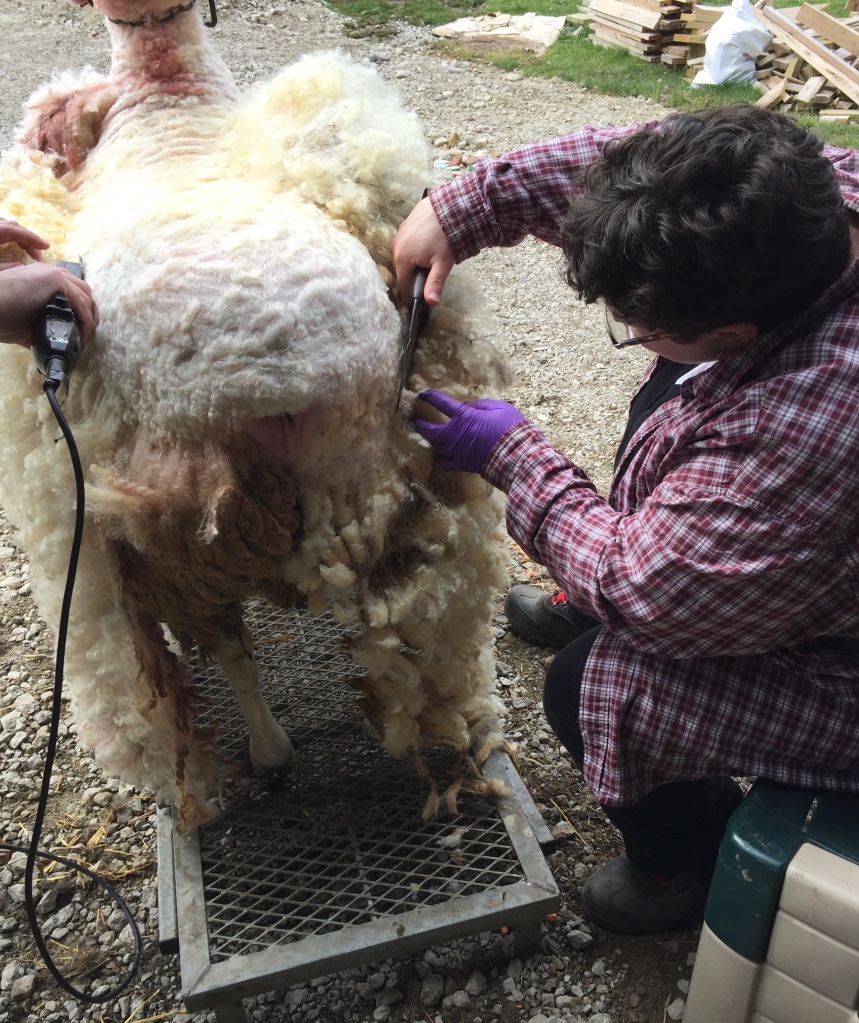 he has been itching himself by rubbing against Bill and Sharon’s brand new RED gates! When they purchased the new gates for their new barn, they had no idea that the color would transfer onto the sheep!

Some of the ewes are a little pink too, but not quite as “festive” as Maxim. 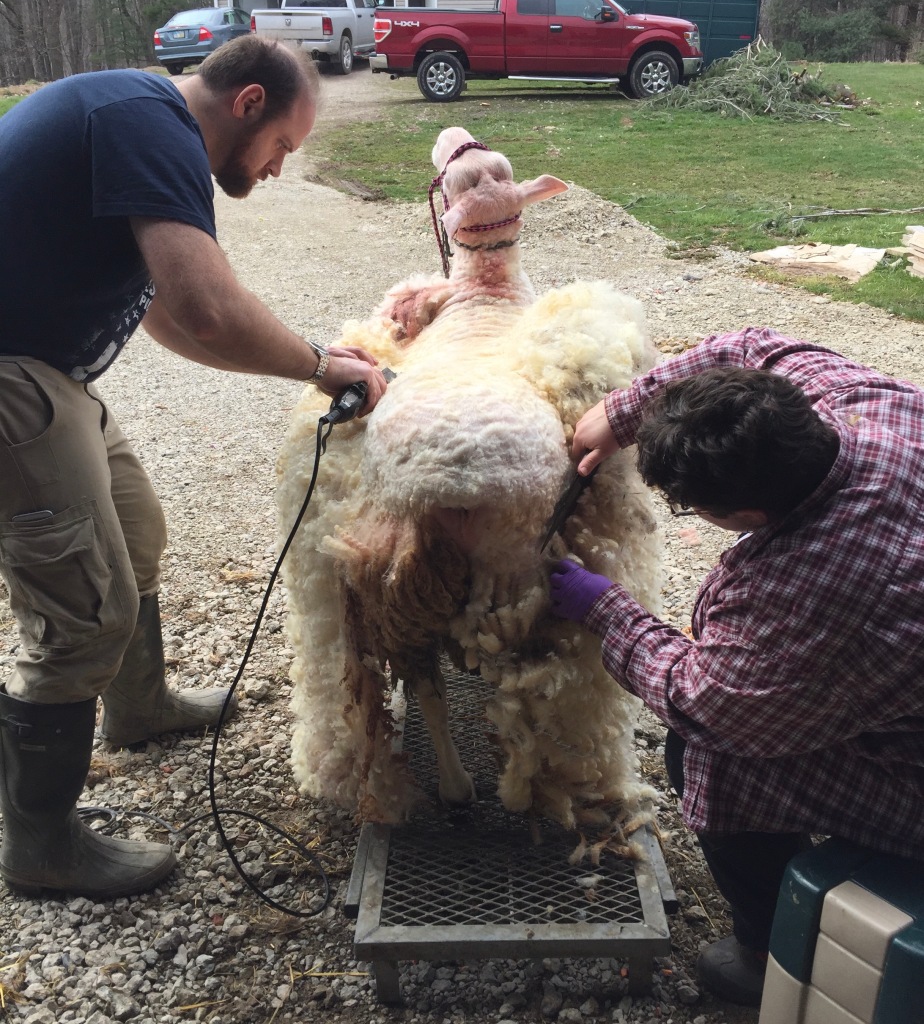 This was my first time really shearing and I used a pair of Sharon’s favorite hand shears. I had such a great time and Sharon said I did a good job too! Marcus got to learn how to use their electric shears Shearing a Border Leicester ram who had “dyed” himself pink by rubbing all over the new red gates which he said were a little tricky but he also got an A+ from Sharon.

Maxim thinks he looks quite good in pink, actually.

And after being sheared:

What a handsome pair!

And of course, immediately after being put back in with the other rams, Maxim began to “re-dye” himself. Ah well!